Posted at 11:42h in Parish updates, Stay connected by SurbAdmin 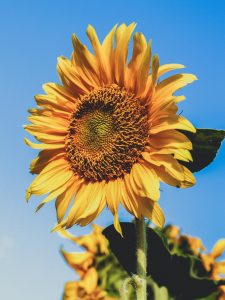 Sunbeams – we have been missing our lovely Sunbeams toddler group meeting at St Mark’s Church on a Wednesday morning. And we know many of you have too!

Our proposal is that each week, people are pre-booked for Sunbeams, i.e. carer plus child/ children. There would be a maximum for this, possibly those coming six households; typically about six adults and ten children.

There might be two or three bubbles going and your bubble might only meet once every two or three weeks. So while a version of Sunbeams would run each week, you might only get to come once every three weeks. Unfortunately, while we have hitherto been able to welcome people ‘on the day’, we would have to turn aside newcomers until a new term or until a new bubble can be developed.

This is where we would really appreciate your feedback.

At its simplest, is this the sort of thing you would value and would like to be part of?

Beyond that, how could we improve the idea or should we consider doing something completely different?

Please email Clare at sasms@btinternet.com with your feedback on this proposal for Sunbeams meeting at St Mark’s Hall.