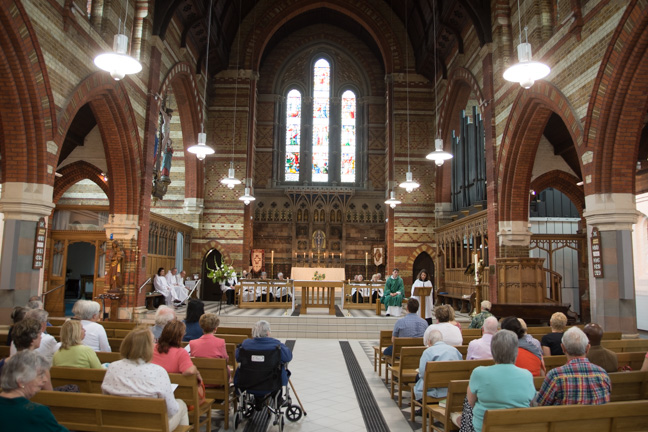 Despite its grandeur, St Andrew’s originates as the daughter church of St Mark’s. The guilty secret behind its building originates from when the good folk of Surbiton who worshipped at St Mark’s in the 1860s recognised that the new workers who lived in the small houses down by the river needed somewhere to worship. One might have thought that they would welcome them to St Mark’s; instead, they build St Andrew’s, a wholly different place for the poorer members of society to worship.

Their snobbery was Surbiton’s gain, however, as St Andrew’s is a magnificent Grade II listed building. Angela Coutts, whose family name is preserved by the name of the bank, put up the bulk of the money: the building work cost £6,602, and it was consecrated in 1872. The architect was Arthur W. Blomfield, later Sir Arthur and Vice-President of the Royal Institute of British Architects.

The tower is a later addition: it was built at a cost of £1,400 by public subscription and was completed as a thank-offering for the recovery from illness of the Prince of Wales (later King Edward VII).

St Andrew’s was redeveloped significantly between 2009 and 2011, with the creation of a new glass entrance, a major internal clean, a reconfiguring of the interior with movable pews, and a new flooring. The result is a much lighter, more accessible church.

All are welcome but you don’t have to be poor to worship at St Andrew’s any more, and the small workers’ houses on ‘the river roads’ are now highly prized by the middle classes round here. How things change…

Being part of it:

Features of the Church

The stained glass above the chancel and both in and above the baptistry is original and was designed and produced by Messrs Lavers and Westlake, one of the best known firms at the time. The stained glass windows in other parts of the church were donated later. Brass plates below the windows give more details.

These are the subjects: 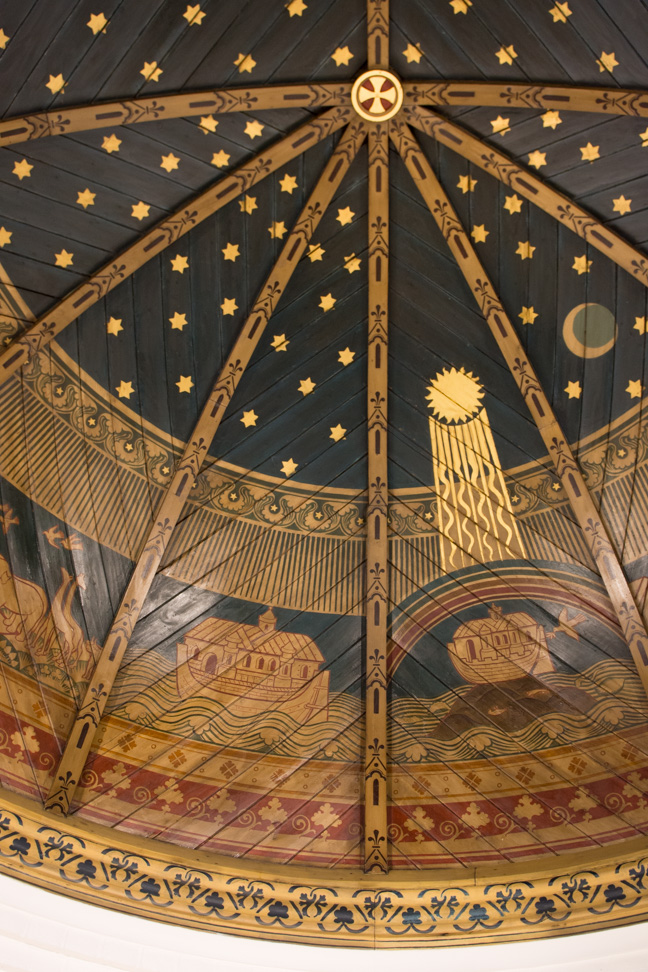